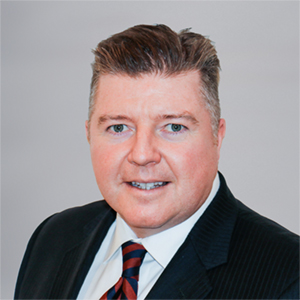 William Fischer, president of True North Communications, brings two decades of experience in government affairs and media relations to RI-CAN. As a public relations consultant, Fischer works closely with a variety of clients to craft media plans and grassroots campaigns to achieve client goals. Bill also represents both private sector companies and nonprofits at the Rhode Island Statehouse and before various state and municipal boards and commissions as a lobbyist. In this capacity, Bill has represented the education reform movement in Rhode Island since 2008.

Previously, Bill worked for Rhode Island office holders on both the federal and state levels. As chief of staff to a former Rhode Island attorney general, he served as a chief strategist, spokesperson, Statehouse lobbyist and liaison to business, labor and community leaders. Fischer coordinated media strategy and served as chief spokesperson and speechwriter for the Rhode Island State Senate and also worked for a member of Rhode Island’s congressional delegation.

Bill has served as a consultant and campaign manager for a number of statewide and federal campaigns and worked as a logistical coordinator for the 1996 Olympic Games in Atlanta. Bill has also taught public relations classes as an adjunct faculty member at the University of Rhode Island’s Harrington School of Communication and Media, his alma mater.